If Chelsea sell centre-forward Romelu Lukaku this summer, they could reportedly target Benfica’s Darwin Nunez as a replacement. According to the Daily Mail, the Blues have backup plans for the scenario that Lukaku does exit Stamford Bridge. The report says that Benfica’s 22-year-old striker Nunez could be a target. RB Leipzig’s Christopher Nkunku is named another possible replacement, too. 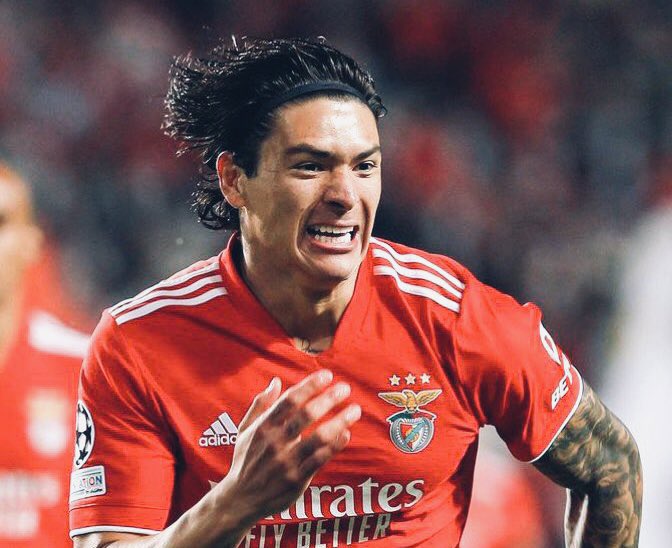 Lukaku’s still got another four years on his contract at Chelsea and ended this season with 15 goals across all competitions. However, it’s been reported the 29-year-old’s agent wants a meeting with soon-to-be Blues owner Todd Boehly. Nunez, who’s had a brilliant breakthrough year, is now earning real recognition across Europe.

The Uruguay international scored 34 goals in just 41 games across all competitions this season for Benfica, which included six goals in the Champions League tournament. In fact, he scored in both legs of the Champions League quarter-final defeat to finalists Liverpool. He would reportedly cost as much as €130million (£110million) to prize away from Portuguese side Benfica, though.

The forward’s pace and power should make him a very exciting target for Premier League sides. He’s a great finisher with his head and both feet, too. The Blues need to make sure they spend big on a player they’ve done their research properly. Unfortunately, Chelsea have had some big transfer failings in recent years when it comes to splashing the cash on one individual. Lukaku, Kepa Arrizabalaga and Alvaro Morata are some prime examples of that.

Chelsea will need sign a proper goalscorer if Lukaku goes, but some may want the Belgian to get one more season to try click into place. Especially given that he has not had the best of impact since leaving Inter Milan to rejoin Chelsea last summer.